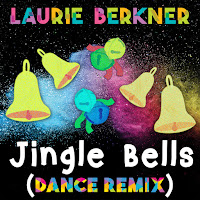 For adults, there's Oprah. The one-word wonder that everyone knows.

And for those kids (and their older siblings, relatives, and parents), there's a new holiday single, "Jingle Bell (Remix)" to be downloaded ($1.29 on iTunes).

You can click through and hear the song. Or dance to the whole song. What can I say? It's one whole wholesome song, courtesy of the new "A Laurie Berkner Christmas Album." For that. you can click here. 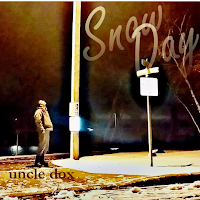 LARD Dog and the Band of Shy are concluding their "Song of the Month" program with December's "Christmas Time Is A Wonderful Time." Kudos to LARD (Steven Erdman) and his cast of characters for walking the fine line between sublime and silly in 2017 with their songs. The year wraps up with a merry blast of 60s style power-pop done a la LARD. Where do they go in 2018? One can only imagine!

Uncle Dox is debuting free music singles this month, starting with "Snow Day." It's different than the other iterations of the song with the same title by several artists (Justin Roberts among others). The tune has a perky rap beat here with kids gleefully singing the refrain "Snow Day! Lets' celebrate!Bandcamp, Soundcloud, and Facebook.
"  You can get it complimentary of
Posted by MrJeff2000 at 8:15 AM