King Of The Alphabet - Ralph Covert
Over in the Meadow - Little Miss Ann
Senses Working Overtime - XTC
Mr. Tough - Yo La Tengo
When You Grow Up - Rock Daddy Rock
Hey Ya - Booker T
What's That Smell - Mr. Oscat
One Dozen Monkeys - They Might Be Giants
Ants in the Kitchen - YellowKat
Can't Stop (Don't Mess With the Dragon) - Ozomantli
Posted by MrJeff2000 at 7:11 PM No comments:

Where Does The Sun Go At Night? - Dorothy Collins
I Got You - Split Enz
Accidentally - Keith Munslow
On The Wings Of A Nightingale - The Everly Brothers
Toolmaster - Trip Shakespeare
I Can Dance - Trout Fishing in America
Eep Opp Ork Ah-Ah - Violent Femmes
Super - Pencilhead and the Playground Punks
Catch Us If You Can - Dave Clark Five
Please Don't Stop the Music - Rihanna
Cool To Be Uncool - The Jimmies
Photograph - Weezer
Posted by MrJeff2000 at 4:39 PM No comments:

A Hasid walks into a bank in New York City and asks for the loan officer. He says he is going to Europe on business for 2 weeks and needs to borrow $5,000.

The bank officer says he will need some kind of security for such a loan. So the Hasid hands over the keys to a new Rolls Royce parked on the street in front of the bank.

Everything checks out, and the bank agrees to accept the car as collateral for the loan. An employee drives the Rolls into the banks underground garage and parks it there.

The loan officer says, "We are very happy to have had your business, and this transaction has worked out very nicely, but we are a little puzzled. While you were away, we checked you out and found that you are a multimillionaire. What puzzles us is why you would bother to borrow $5,000?"

All My Toys Are Broken - AudraRox
Everybody Wants To Rule the World - Tears For Fears
Li'l Things - Strange Kidz
Only in Dreams - Weezer
I Like Fruit - Egg
Stop & Stare - OneRepublic
The Hoppity Song - Starfish
Heart Songs - Weezer
Smoothie - Kimya Dawson
Posted by MrJeff2000 at 4:24 PM No comments:

It's A Puzzle - Trout Fishing in America
Play Outside Today - Uncle Rock
Where Do They Make Balloons? - They Might Be Giants
On The Wings Of A Nightingale - The Everly Brothers
Fernando - ABBA
What's So Funny 'Bout Peace Love and Understanding - Elvis Costello
All Around the World - Red Hot Chili Peppers
Cool To Be Uncool - The Jimmies
Sowing The Seeds Of Love - Tears for Fears
Allergies - Barenaked Ladies
Posted by MrJeff2000 at 4:22 AM No comments:

Wake Me Up - Norah Jones
How Clouds Are Formed - Tom Glazer
Junk Food Jump - Trout Fishing in America
Ice Is A Solid - Dorothy Collins
Even Numbers - They Might Be Giants
Still Fighting It - Ben Folds Presents: The Washington University In St. Louis's Mosaic Whispers
Big Pet Pig - Key Wilde & Mr. Clarke
The Way I Am - Ingrid Michaelson
Shout - Tears For Fears
The World Has Turned and Left Me Here - Weezer
Let It Be Me - The Everly Brothers
Posted by MrJeff2000 at 5:42 PM No comments:

Up! - Steve Weeks
Cathy's Clown - The Everly Brothers
Goods - Mates of State
Not The Same - Ben Folds Presents: The Spartones From Greensboro, NC
Baldy - Deedle Deedle Dees
King Of The Alphabet - Ralph Covert
That Thing You Do! - The Wonders
Everybody Get Dangerous - Weezer
Two Princes - Spin Doctors
Pit Paddle Paddle - Astrograss
Posted by MrJeff2000 at 5:04 PM No comments:

Zoom A Little Zoom - Tom Glazer & Dottie Evans
Times Like These - Jack Johnson
Moonrock Mambo - Yo La Tengo
On The Wings Of A Nightingale - The Everly Brothers
Smile - The Jayhawks
The Face Of The Earth Is Changing - Marais & Miranda
You Don't Know Me - Ben Folds Presents: The University Of Georgia's With Someone Else's Money
The Greatest Love of All - Whitney Houston
The Good Life - Weezer
What's On Your Shirt? - The Jimmies
Posted by MrJeff2000 at 5:06 PM No comments: 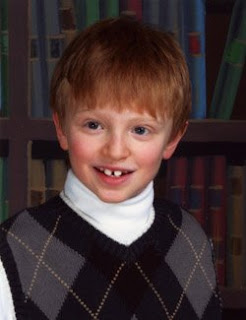