Bob Schneider: When The L Fits, Hear It

I get it. Recording music is fun. Recording music with your kids is more fun, because you're including them in the process and sharing their energy and vitality and ideas. It's become almost a cottage industry within children's music. Secret Agent 23 Skidoo's daughter Saki enthralls young girls in the audience (trust me, witnessed several times first-hand). Danny Weinkauf turned his son Kai into a Kids Place Live superstar. Chibi Kodama's John Cullimore has perfected the home assembly line of turning kids-into-musicians with his girls. 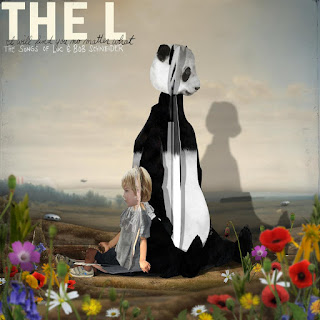 You can add Austin musician Bob Schneider to the list. He and (now) 11-year-old son Luc have released I WILL FIND YOU NO MATTER WHAT through Amazon Prime Music as part of the etailer's new children's music initiative, which includes upcoming collections by Lisa Loeb and Amy Lee.

The collaboration, under the aegis of "The L," was not originally intended as a structured kids CD. Bob recorded two songs with Luc when the lad was four years old ("Vacuum Cleaner" is clearly one of those early ventures). Over the years, more tunes were recorded. In that sense, I WILL FIND YOU... is a musical family album. Which is appropriate, coming from the son (Bob) of an opera singer. He's just passing the torch from generation to generation.

Oh yes, what of the music itself? The songs range from the organ- and pots-and-pans bop of "Popsicle" to the campfire lullaby "I Love You." There's a little vocoder on "Island in the Ocean."And Luc's plaintive vocals summon smiles on the ballads "Happy Face" and "Christmas Pony." It's not hard-charging, high-energy pop, except for "Monster Truck," which initiated the following backseat conversation between my kids:

The prolific Schneider (more than 2,000 songs written and 18 solo albums) stretches his wings far enough to make room for Luc. The L may be a one-off or the first of a series. As with most projects involving children, as they age and their interests change, it's hard to predict with any certainty. I WILL FIND YOU... is a wistful walk through childhood imagination, as distilled through the perspective of an actual child. No matter what, you can click through and hear for yourself.

I WILL FIND YOU NO MATTER WHAT is available exclusively through Amazon Prime Music.
Posted by MrJeff2000 at 8:23 AM