There's a popular term that's entered the lexicon – "facepalm," which is when a person brings the palm of their hand to their face, as an expression of disbelief, shame, or exasperation. I tend to facepalm whenever I mention the name of a performer and say, "I just reviewed their new children's music release."

"I just reviewed the new Amy Lee CD for kids."
"For kids? For real?"

"I just reviewed the new Caspar Babypants CD. It's Chris Ballew, from the Presidents of the United States."
"Wait, Caspar... is he doing a punk thing now?" 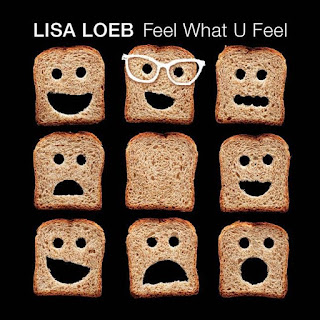 Add to the collection the esteemed Lisa Loeb, who recently released her fourth recording for children, FEEL WHAT U FEEL. This is in addition to continuing to tour her music for "grown-ups" and touting a new line of eye glasses (you saw that coming), as well producing a storybook app. Oh and she's got two kids of her own, hence the lateral move to kid's music.

Lisa answered a few questions via e-mail about her latest venture and how she decided to travel down this enchanted road. Her children's recording career started more than a decade ago, when Lisa recorded CATCH THE MOON with college recording partner Elizabeth Mitchell.

Prior to CATCH THE MOON, did you have any familiarity with current children's music? I guess, other than Elizabeth Mitchell... And was she your entry point into recording music for kids?
I listened a lot to Gustafer Yellowgold CDs as well as the videos. I also listened to the music I listened to growing up, including “Free To Be You and Me,” and “Really Rosie.” Those albums that sounded a lot like grown-up albums – but with more imagination and storytelling – were always fun and satisfying to hear.

FEEL WHAT U FEEL is your second children's music CD in two years. Do you feel more of an affinity with kid's music these days because of your own children?
I’m on a roll. I have so much to share that it seems like I can’t write fast enough. It’s not really related to me having kids, but that I feel so creative and open in this genre. It’s funny though, the kids' music and grown-up music are starting to kind of merge, as it’s all coming from the same place and same level of songwriting and production – and both kids and grown-up audiences seem to respond positively. I try to work to the same high level for any genre I'm working in.

Do you think it's important to strike a balance between "fun" kids songs and "meaningful" kids songs?
It’s all relative. I like writing “meaningful" songs more than “fun" songs, but I have to remember that it’s more fun to play “fun” songs live than “meaningful” songs. The kids really have a good time during the “fun” songs, which makes them more “meaningful.” 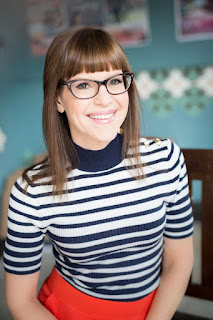 You've had some amazing career longevity. Do people approach you at live shows and say "My parents played your CDs for me and now I'm playing your music for MY kids”?
Yes! And grandparents and aunts and uncles, too.

Chicken-or-the-egg question – Did you know Craig Robinson before he covered STAY for HOT TUB TIME MACHINE II or did you meet him because he covered the song?
I knew Craig before that. He actually called me to see if I was cool with him changing all the words and wearing my glasses and re-enacting my song. He asked me to be a part of the movie too, and I did! I acted in the scene as a cat wrangler on my own video.

How did you decide to cover "It's All Right To Cry?" with Craig?
I was writing “Feel What U Feel,” the disco funk jam, with my collaborators, Rich Jacques and Kyler England. It was sounding like an auxiliary song to another song, and not a song that might live on its own. Then I realized that “It’s All Right To Cry” would make a perfect partner song, and that Craig and I should do both. I connected with him and he enthusiastically agreed. His voice is perfect for this song (originally performed by Rosey Grier on "Free To Be You and Me" in the 1970s). I think Craig's performance is powerful.

Did you write any of the songs on FEEL WHAT U FEEL with your kids? Do either of them take music lessons or play an instrument? Could you see something akin to a family band down the road?
I didn’t write with my kids. I do write sometimes with my daughter. She comes up with great ideas. They don’t take lessons yet, but do have instruments all over the house they can play whenever the feeling strikes – piano, guitars, bass, drums. We will start with some formal lessons soon. Plus, both my daughter and son get a lot of music instrument lessons and exposure to all kinds of music at their schools.

In the 1990s you were established as a versatile singer/songwriter. Do you find it somewhat ironic that there's now a Lisa Loeb "brand" with kids music, eyewear, and books? Meaning, there are kids whose exposure is primarily through "Camp Kappawanna," "Silly Sing-Along" book, and your children's CDs.
I don’t think it’s ironic at all. It’s all things I’ve been passionate about and created in my world to share with others.

Finally, do adults show up at your concerts for children, even though they don't have kids?
Yes! And that is so much fun when it happens.

FEEL WHAT U FEEL is available exclusively for streaming on Amazon Music – both Amazon Music Unlimited and Prime Music, and for digital download or physical purchase through Amazon Music.
Posted by MrJeff2000 at 3:07 PM