What elevates the traditional "local" children's musical act from the ones that break on a national level? Is it (A) commitment? Is it (B) pure talent? Is it (C) luck? Or is it (D) some combination of all of those?

When you talk about Laura Doherty, it's D (all of the above). With more than a decade of musical teaching experience and the chops to create some memorable ditties, Doherty has been recognized as one of the most "influential" kids musicians (by TIme Out Chicago Magazine). 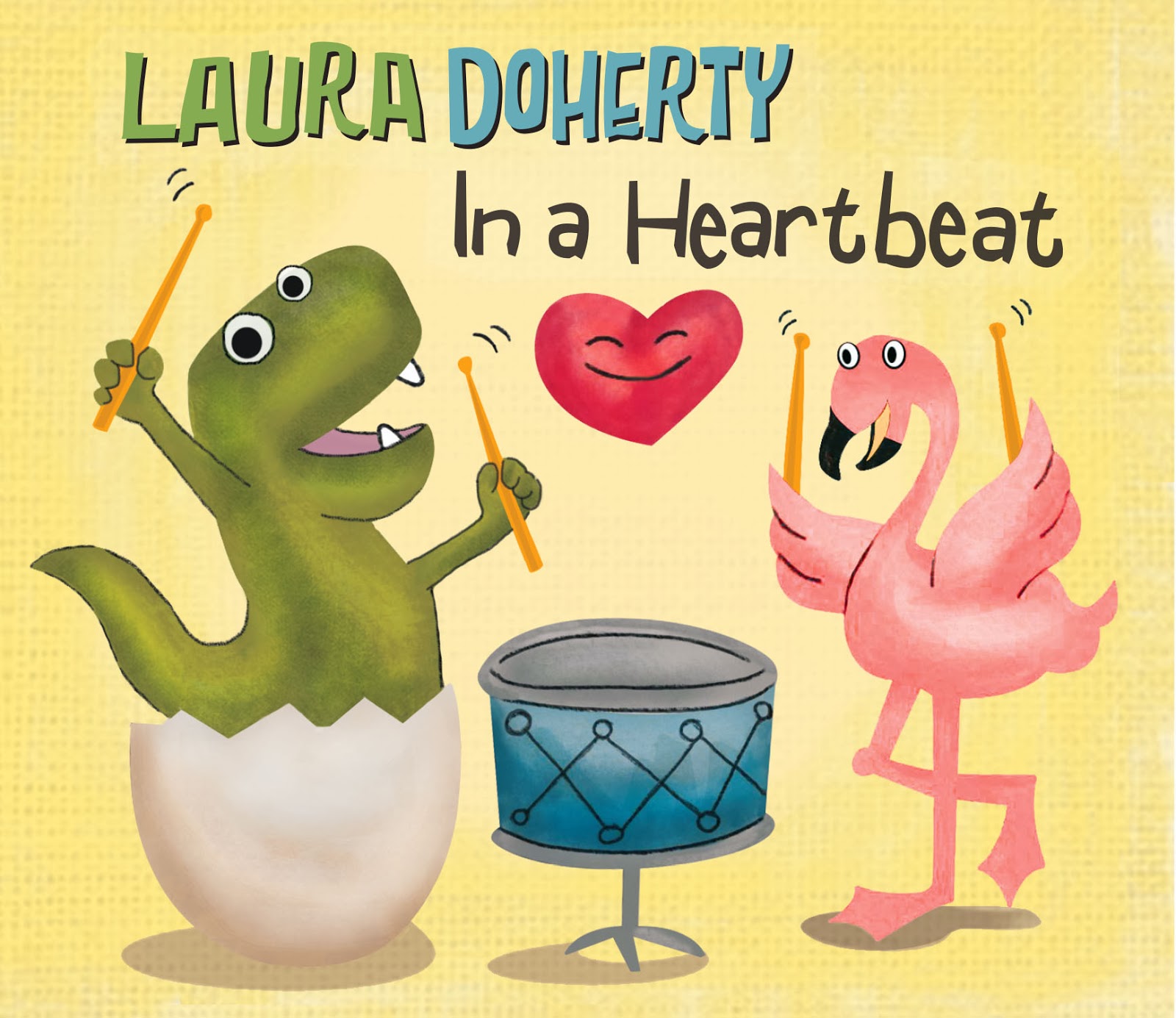 With the release of her third studio CD, IN A HEARTBEAT, Doherty seeks to make further inroads and reach the brains and souls of your kids. Primed for the preschool set, Doherty sets her ducks in a row – "Bicycle," "Butterfly," and "I'm a Little Fish" are exactly what you picture for modern acoustic audiences. But the lively "Heartbeat" will get kids to dance and understand how expressions of love can make you feel good inside and outside:

But that brings me back to my central theme – what breaks Doherty from the pack? Why does she deserve acclaim and not, say, Miss Mabel from Podunk? Perhaps that's where the luck comes into play. If you believe that true talent alone is enough to guide you through life, you better be damn lucky as well. Doherty took a leap of faith five years ago and concentrated on children's music. With a little bit of luck, her talent has taken her one step beyond.

Every children's artist seems to have a soft spot for songs from their childhood (or even further back). I've expressed reservations for the 400th version of "Wheels on the Bus." But Doherty has plucked two fine selections for this collection. "Paper Moon" hasn't gotten much love since the 1970s move of the same name. And "See You Later Alligator" sounds just fine stripped down from Bill Haley's pop version from the 1950s, rewritten for the post-Pampers set.

Awards have come Doherty's way (Parents Choice Gold and Silver for her first two albums) as well as airplay on SiriusXM's Kids Place Live. Her sound doesn't rock too hard and the concepts won't make little heads spin. You won't get any double entendre messages that require explanations later when the songs are endlessly re-sung in the supermarket. Which means you can feel free to sing along. When? In a heartbeat.

IN A HEARTBEAT is available February 11 from Amazon, Doherty's website, CDBABY, and iTunes.

Here is the video for Doherty's song, "Shining Like A Star":