A Perennial Evolves With Highlights Hangout!

Who doesn't remember Highlights For Children? The magazine has been around for 70 years, so even I read issues (mostly in pediatrician offices, as I recall). It's evolved into a website as well, and starting this month, there's even a podcast, Highlights Hangout!, from the creators of NPR's Wow in the World. 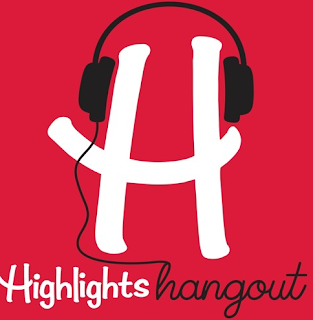 The monthly Highlights Hangout! is co-hosted by Grammy award-winning children's recording artist Tim Kubart and Juanita Anderson (from Barrel of Monkeys). The podcast attempts to recreate the magazine (which they should really move away from, so it turns into its own standalone product) with the stories, characters, puzzles, and jokes that have entertained kids for decades.

The premiere episode “Hang Ten” debuted June 4 and introduced listeners to a new way to “play the Highlights way” – with Hidden Sound, a new twist on the classic Highlights’ Hidden Picture Game. Many Hidden Sounds pop up throughout the episode. Other Highlights favorites include  “Goofus and Gallant,” “Ask Arizona,” listener-submitted "HangMail" featuring jokes, tongue twisters, poems, and science questions answered by Mindy Thomas and Guy Raz from Wow in the World!

Download the first episode of Highlights Hangout! from Soundcloud and Apple podcasts.
Posted by MrJeff2000 at 1:25 PM