During our recent vacation in DisneyWorld, we saw the "Flights of Wonder" live show in Animal Kingdom. They specifically point out that you won't see parrots riding miniature bikes or wearing funny hats during the performance, because they are indeed wild animals, worthy of their dignity.

In celebration of the 14th annual National Bird Day, Born Free USA is asking people to look at captive ('pet') birds from their point of view and to make thoughtful choices when it comes to their well being. The website is asking people to sign their "Captive Bird Video Pledge " (click through to link).

But wait – there's an incentive! Raffi is offering an autographed copy of his upcoming CD, OWL SINGALONG. One lucky signee will win (and two will win non-autographed copies). You have until Tuesday, January 12 to enter.

And in two days, it's time for a hero. An inner hero.

Jason Didner and the Jungle Gym Jam are releasing "My Superpower," a tribute to real and imaginary idols as well as the personal strength within all of us. 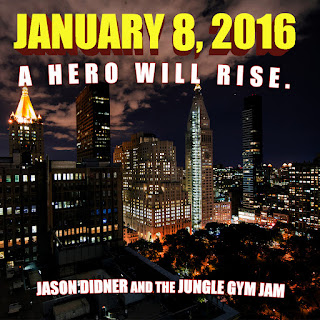 Jason concocted the tune while helping to plan a hero-themed children's event. Riffing on Superman and Batman, he free-associated to Martin Luther King Jr. and Mother Theresa. Before he knew it, lyrics and music merged. And Jason decided not to wait until the spring to share "My Superpower" with the world.

The song has special poignance for the Jungle Gym Jam. After working on four tracks for the band's upcoming CD, bassist Lou DeMartino lost his life after a fatal asthma attack. A musician who had just started a kindie career, DeMartino had fallen in love with performing for kids and families. In his memory, the Jungle Gym Jam will donate half of all proceeds from download sales of "My Superpower" to the Asbury Park-based Light of Day Foundation, one of Lou's favorite charities.