Just in time for Earth Day 2015 come a pair of environmentally-conscious, child-friendly CDs packed with music and a touch of messaging. As I'm usually message-adverse, I proceeded with initial trepidation but was pleasantly surprised. 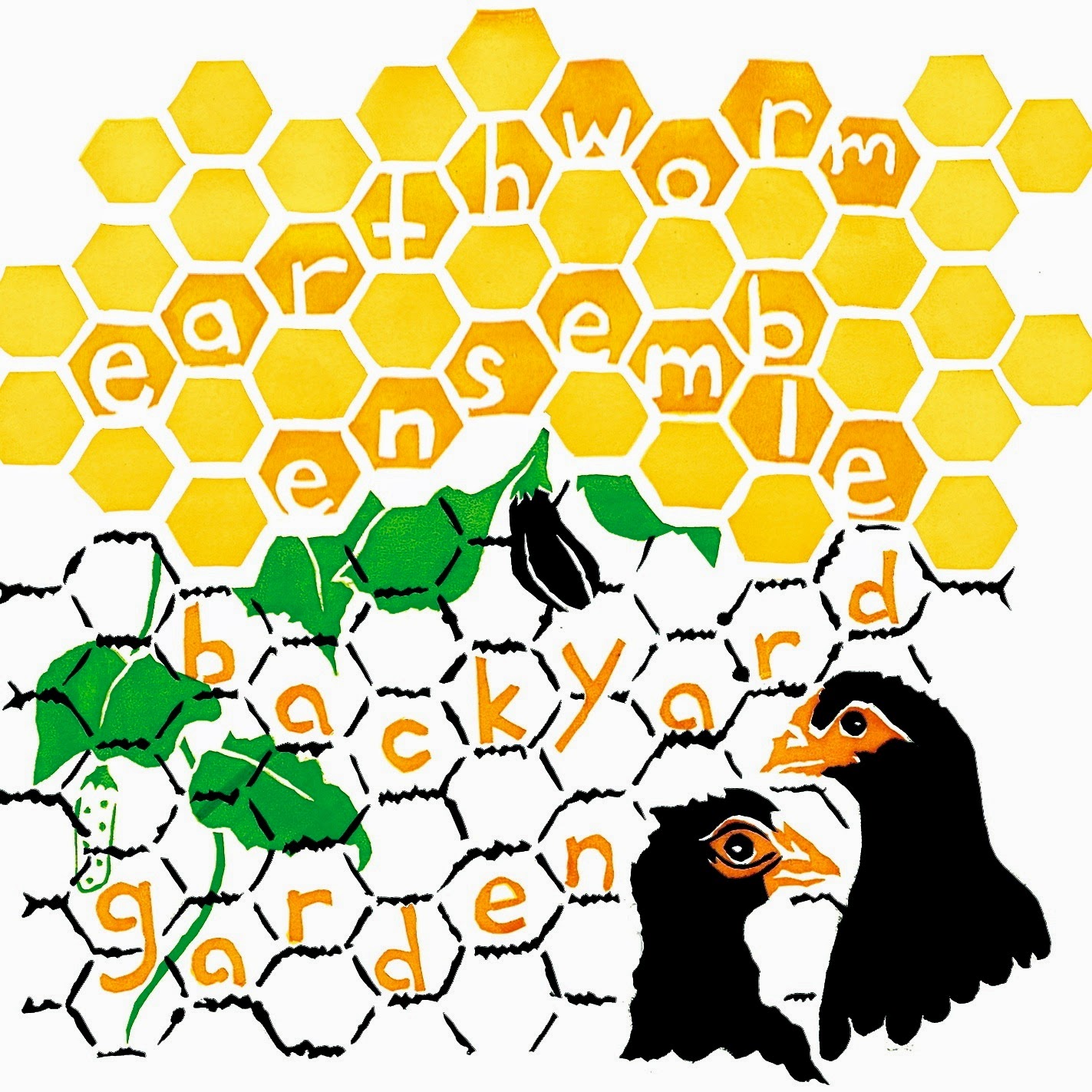 Earthworm Ensemble (organically) delivers its second CD, BACKYARD GARDEN, with 13 original tunes covering animals, recycling, and the wonders of nature. Multi-instrumentalist Dan Elliott (aka The Pointed Man Band) returns for his sophomore release, FLIGHT OF THE BLUE WHALE. Both collections are dedicated to some pretty fierce natural concerns, as you can plainly see.

The five principal musicians behind Earthworm Ensemble (Shawn Nourse, Sherri Nourse, Victoria Jacobs, Paul Lacques, and Denny Moynahan) seek to engage all ages with songs such as "Bees Make Honey" with its heavy bassline and the deep-friend southern xydeco sound of "Chicken Coop." There's even a mini-story suite with "Mole versus Coyote" and "Coyote versus Mole."

To remind kids of the hubris of ignorance and pride, "Sparko Stegasaurus" the dinosaurs talks about  how he will walk the earth forever...until he catches a glimpse of something large in the sky making a beeline for the planet.

In the end, Earthworm Ensemble reminds us to care for the planet through the concepts of "Reduce Reuse Recycle." A solid message (if not the more familiar song that shares the same name): 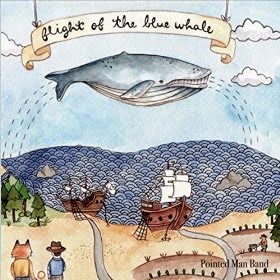 We'll get a few more years out of our trusty old Chevy
See the world from the window of a train
Turn off the lights, we'll turn off the TiVo
Ride our bikes, get around in the rain.

The Pointed Man Band's Dan Elliott spends his time on FLIGHT OF THE BLUE WHALE with the animals – "Red Fox," "Moles on Parade" (there are those moles again), and of course a selection of whale-based tunes, "Old Mother Blubber Hunter," "Gypsy Whale Waltz," and the title track. But it's not a predominantly downbeat, with the funky "Apodidae Reggae," the jaunty sea shanty, "Valse De Taupier," and the nearly-burlesque "Tunneling To Paradise."

The CD comes with a story booklet that ties in to the music. Elliott seeks to delve the relationships between parents and children, from the opening "Red Fox":

It's the little hands that keep the big hands running
So won't you put your hand in mine.

You can't force sincerity. It has to be honestly produced (and reciprocated in kind). Earthworm Ensemble and the Pointed Man Band have a genuine interest and investment in your children and teaching them to respect the planet, so they – and it – will have a future they can enjoy. In the meantime, there's always music to share.

BACKYARD GARDEN is available from CDBABY, Amazon, and iTunes.

FLIGHT OF THE BLUE WHALE is available on April 24 from Amazon, CDBABY, and iTunes.

Here is the video for the Pointed Man Band's "Summer":