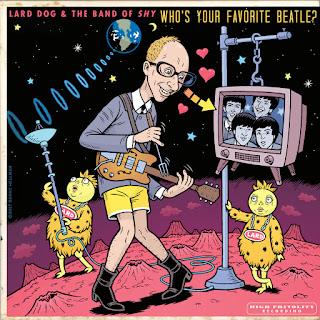 As you get older, staying regular is sometimes challenging. It's also challenging when you declare that you will release one song every month, much as LARD Dog and the Band of Shy are starting to realize. Their June song of the Month, "Who's Your Favorite Beatle?" arrives just in time for....July.

Steven Erdman goes old-school (early 1960s era) for the legendary feel of the song. It's probably the least wacky LARD song since his inception and more of a straight rousing rock number with "yeah yeah yeahs" and a limited selection of non sequitors (replaced by historical Beatles references). The download page includes nifty artwork from legendary illustrator Danny Hellman.

You can grab the tune from the website or stream it through this direct Soundcloud link. 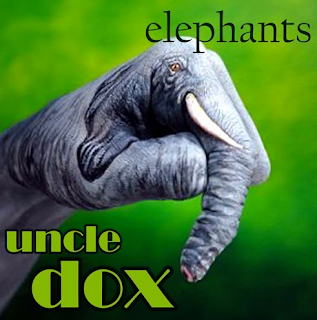 Minnesota's Uncle Dox has an animal affinity. Between the frogs and squirrels, his music is a mutlifaceted menagerie. And instead of taking a long drive and waiting in the hot sun to stare at animals staring back at you, you can just listen to the tunes in the comfort of your own air conditioning.

More songs are here on Soundcloud. What are you waiting for?

How Lucky We Are – Justin Roberts
I Dreamed I Could Fly – Eric Herman And The Invisible Band
T.L.C. – Alison Faith Levy
One Day By The Riverside – Brady Rymer & The Little Band That Could
Perfect Places – Lorde
Look At Those Clouds – Danny Weinkauf
Posted by MrJeff2000 at 4:00 PM No comments:

New Jersey's Jason Didner is following the example of other children's musicians and beginning to self-produce his own material. As such, by streamlining the process, he is able to make it immediately accessible to his audience. Now he is planning a "single of the month," in the tradition of Mista Cookie Jar and Lard Dog and the Band of Shy.

The first release by Jason and the Jungle Gym Jam, "Pandagarten," tells the bouncy story of Bao-Bao the baby panda. "Pandagarten" is based on a family trip he and his wife Amy took with their daughter Holly to the Smithsonian National Zoo and a firsthand meeting with Bao-Bao.

Initially tentative about self-producing, Jason asked Chibi Kodama maven John Cullimore for tips and advice. I reckon things went well – in that Jason has embarked on such an ambitious endeavor (hopefully he has a bonus track hidden up his sleeve for a rainy day).

Now, you can stream "Pandagarten" or click through below to purchase it for $1. You can subscribe to the band's Patreon page for a monthly amount of your choice and get "Pandagarten" (and every future single) pre-release.

Back to Camp With Ella Jenkins

Remember your camp years? I remember mine – two years at two different sleepaway camps that no longer exist. Back in the 1970s, they were already starting the sad process of constricting...what used to be male/female cafeterias were merged and campers were served in shifts, to consolidate resources. Activities such as overnight campouts were rotated and restricted, to the point that since the kids in my bunk "misbehaved" and lost so many demerits that we were stripped of that experience. 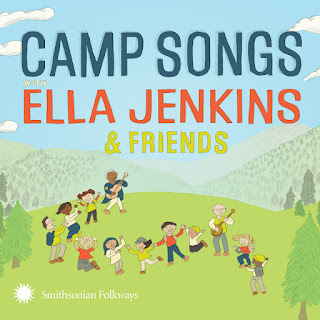 But there are some universalities of camp life, including the singalong. And 60 years into her recording career, Ella Jenkins, the "First Lady of the Children's Folk Song," has deemed us all ready for CAMP SONGS WITH ELLA JENKINS AND FRIENDS. It's intriguing that so many of the songs sounded familiar, and yet came from so many disparate sources. I recalled a few songs from Camp Cejwin, which were distinctly Jewish, but we also did a few American spirituals and European folk songs, it turns out.

Produced by Tony Seeger (yes, Pete's nephew), the one-hour-plus collection brings the expected ("Down in the Valley") together with the obscure – at least for me ("The Court of King Caractacus"). In between, Ella reminisces about her family and when SHE was a camp counselor. The only real misfire is an interminable version of "Everybody Loves Saturday Night." Explaining that children from different cultures were often asked to sing it in their native language, there are 12 additional verses that stretch it to nearly eight minutes.

Matt (6) is a year or two away from the sleepaway experience. But he still noted, correctly, "This is my CD?" as if to prepare him for the campfires. If you have a child nearing camp age, want to offer a pre-camp tutorial, or feel like taking a nature walk through your own memories, CAMP SONGS is like a lazy night around the campfire. Except with air conditioning and fewer mosquitoes.

CAMP SONGS WITH ELLA JENKINS AND FRIENDS is available June 23 from Smithsonian Folkways' website, Amazon, and iTunes.
Posted by MrJeff2000 at 7:06 AM No comments:

Press Play – Brady Rymer & The Little Band That Could
Cloud Skateboard – Mo Phillips
Ghostbusters – Andrew & Polly
Everything I Didn't Say – 5 Seconds of Summer
Can You Picture That? – Sugar Free Allstars
Must Be This Tall – Justin Roberts
Posted by MrJeff2000 at 5:09 PM No comments:

Only Angel – Harry Styles
Fly Like A Bird – Dean Jones
To and Fro – Cat Doorman
Rattlesnake – Caspar Babypants
Press Play – Brady Rymer & The Little Band That Could
Shake a Friend's Hand – Andy Z
All In A Day – Alastair Moock & Friends
Posted by MrJeff2000 at 4:22 PM No comments:

I've lost track of the number of press releases that tout a performer as "a local legend" or "beloved cultural figure of this region." And for good reason – many performers with discernible, tangible talent thirst for that next, seemingly logical step that will "break" them nationally or internationally. But for most of them, local or regional success will ultimately be the pinnacle of their recording career. 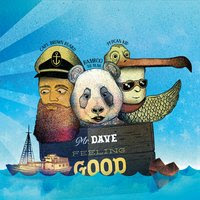 Once upon a time, Dan Zanes was a beloved cultural figure in the East. Laurie Berkner was a local New Jersey legend. Tom Chapin was just Harry's brother. Even Raffi was a coffeehouse performer somewhere in Canada. But for every one of these artists, there are a stack of able-bodied, full-voiced, credible musicians who never got past that "foot in the door."

Dave Hamilton is embarking on that next baby step. Known as "Mr. Dave," his new CD, FEELING GOOD, contains 10 songs to educate, amuse, and energize children in his native Chicago – and hopefully nationally and internationally. Dave operates a children's music studio (with his wife, Christina) and his music exudes the confidence of someone who has no fear of parking sunny SoCal white rap ("Pelican Kid") next to a Mr. Rogers' singalong ("Song In All Of Us").

Dave has a unique back story. He and three high school friends formed Second Look, a hip-hop dance/vocal group. After auditioning for Star Search (hosted by Ed McMahon), they were placed behind the Backstreet Boys for a slot on the show. After the Backstreet Boys signed a recording contract and dropped out, Second Look wrote and recorded a new song in a matter of days and became Star Search finalists. From there, Dave decided that in some form, music would be part of his future.

The fate of every children's music performer comes down to generating a new audience every 3-5 years, and whether or not the birth and growth of their own children conflicts with their aspirations. Some musicians choose to "age" their material with their progeny. Others bring the kids into the act and make it literally a family show. A majority of performers record a few CDs and then life takes them in other directions. But for now, Mr. Dave is a local legend seeking to make his mark on the larger children's music arena. You can hear clips on his website or YouTube channel. That'll make him feel good, if you like his FEELING GOOD.

FEELING GOOD is available from Mr. Dave's website, iTunes, Amazon, CDBABY, and Spotify.
Posted by MrJeff2000 at 8:52 AM No comments: