How has parenthood changed Randy Kaplan? For starters, there's an increased emphasis on all things olfactory. Of the 16 tracks on his new CD, JAM ON RYE, three deal directly with bodily functions ("Burpity Burp Burp Burp," "Everybody Farts," and "Follow Your Nose"). 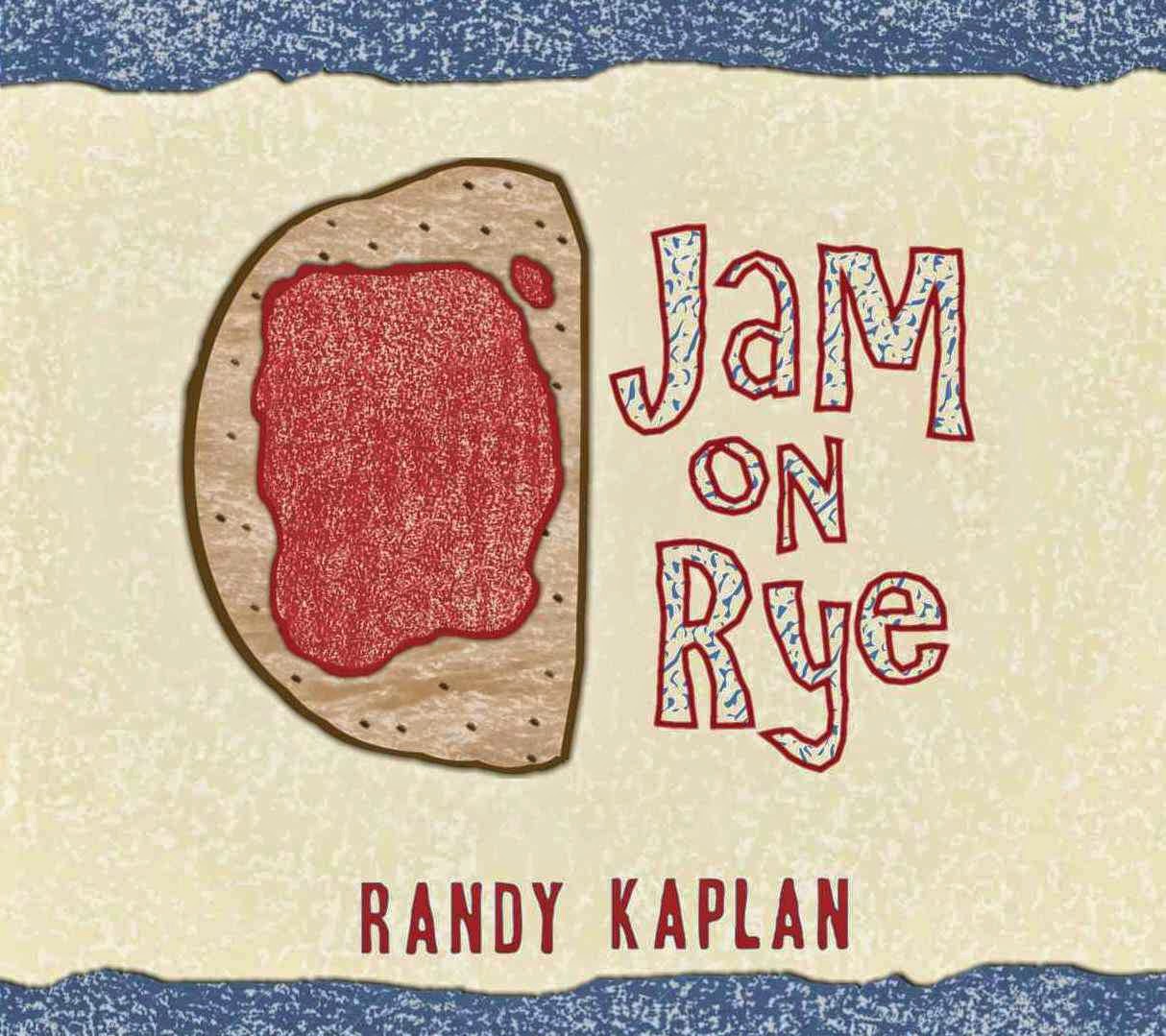 I'm tempted to say, "Other than that, nothing," but that's a far too specious answer. Randy's milieu is the story song and he tells a bunch of amusing new stories on this collection, both old and new. Only now, where there once was "Uncle Randy,"  as on "Mr. Diddie Wah Diddie," his previous CD, they are filtered through his daddy lenses.

Randy is full of good advice. In the title track, he suggests kids who don't like their  choices in restaurants to simply ask for something that rhymes. In "Don't Fill Up on Chips," it's the answer to the obvious refrain from parents everywhere.

The latin-themed "Ode to a Shower Door" tells the tale of a bathroom solution that changed young Randy's life (a shower door replacing a mildewed curtain that leaked down to the apartment below). He even finishes the song with a callback to an earlier favorite:

So the moral to this story is simple as can be:
Enjoy your shower curtains while you’re young and they are free.
And in your bathtub you can play and you might even see
A shark who pops up from the drain and says, “Shampoo me!”

Randy always makes judicial choices as far as cover tunes. Suffice to say, I can't think of another children's recording artist who would select Dan Bern ("Not Too Young for a Song") and the 1928 jazz standard, "Nagasaki" for the same CD. Yet as presented here, they work remarkably well in the context of a kindie disc. Other highlights include "So Funny I Forgot to Laugh," a lament about modern communication between a husband and wife. Speaking of Julie Kaplan, Randy calls on his better half to wrap up JAM ON RYE with "Goodnight My Someone" from The Music Man.

There will always be a place in children's music for original thinkers and Randy Kaplan is remarkably consistent and pleasingly off-center with his compositions. He sympathizes with the younger set and frequently takes their side in his songs, while casting a winking eye to their parents. It's quite alright to wink back – Randy would do the same for you.

JAM ON RYE is available June 2 from Randy's website, iTunes, CDBABY, Amazon, and other popular retailers.

Here is a video of Randy's performance of the Bob Dylan classic, "Forever Young":