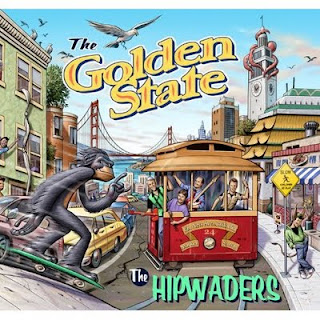 
The Hipwaders celebrate the shared community that music creates, whether it's schoolmates or neighbors, but mainly with family. Grab yourself some Hipwaders and wade into the deep water. Whet your kids' appetite with some wholesome tunes. You might enjoy the trip to California...without having to go through a metal detector at the airport, too!
Posted by MrJeff2000 at 11:10 AM